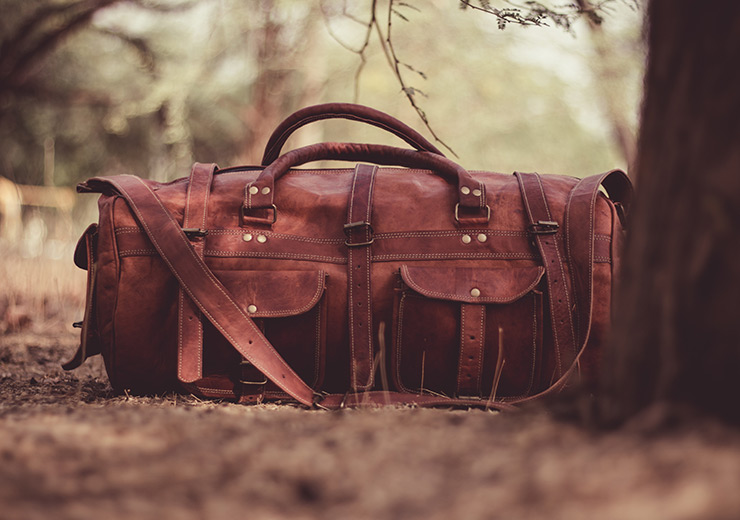 I was listening to the radio and I heard about a woman who lived on the island of Monserrat in the Caribbean. Monserrat is a really one big volcano and a few years ago it erupted and people had to run away from the island. A few years later people started going back to the island. They didn’t want to leave their homes forever. The interview asked one woman who had gone back if she was worried about the volcano exploding. She said, no she wasn’t because she had her volcano bag. What’s that? the interviewer asked. And the woman said that it was a bag she had hanging by the door. In it were all the things she cared about, things that her mum and her grandparents had given her, and a lock of her daughter’s hair and things like that. And then if she heard the volcano grumbling, she could rush to the door, grab her volcano bag and head for the beach and escape.

I thought, wow, isn’t that great? And I thought about what I would put in my volcano bag. I’ve got all sorts of nick-necks and things I’ve kept since I was a boy – things like a little drawer from an old German money box I used to have. And a stone from the River Monow in Wales. And an old hat that my mother knitted. They would go in my volcano bag.

And then I thought some more, what if I had a volcano bag that was full of the things my parents and my brother and my grandparents had said that I wanted to remember, things that I thought were important or funny, or sad?

And what about special moments? It would be good to put them in too.

So, here’s a writing idea:

And you can write about

a special moment that you don’t want to forget

something really important that someone said to you

something funny that someone said to you

something sad that someone said to you

maybe a special food that you really like – why? what does it taste like? who cooks it? or where do you get it from?

a hope – something that you hope for that could happen to you, or your family or in your school, or community or in the world – or all of these.

(When I say ‘something’ – it could be more than one thing! And you can say who said it of course, because that makes it more interesting.

When you’ve got your list of things, you may want to shuffle them around a bit,

you may want to give it a bit of a rhythm. You can do that by repeating a phrase like:

If you’re pleased with what you write, you can send it to me at MichaeRosenSpecial@gmail.com and maybe I’ll read it out on one of my live web chats on my YouTube Channel. The next one coming up is September 24.

If you’ve got some questions you’d like to ask me, you can do that. Send them in. Or requests. Or jokes. Or funny poems based on my ‘Down behind the dustbin’ poems or based on my ‘Hot Food’ poem. Just send them in and I’ll choose some to read out.