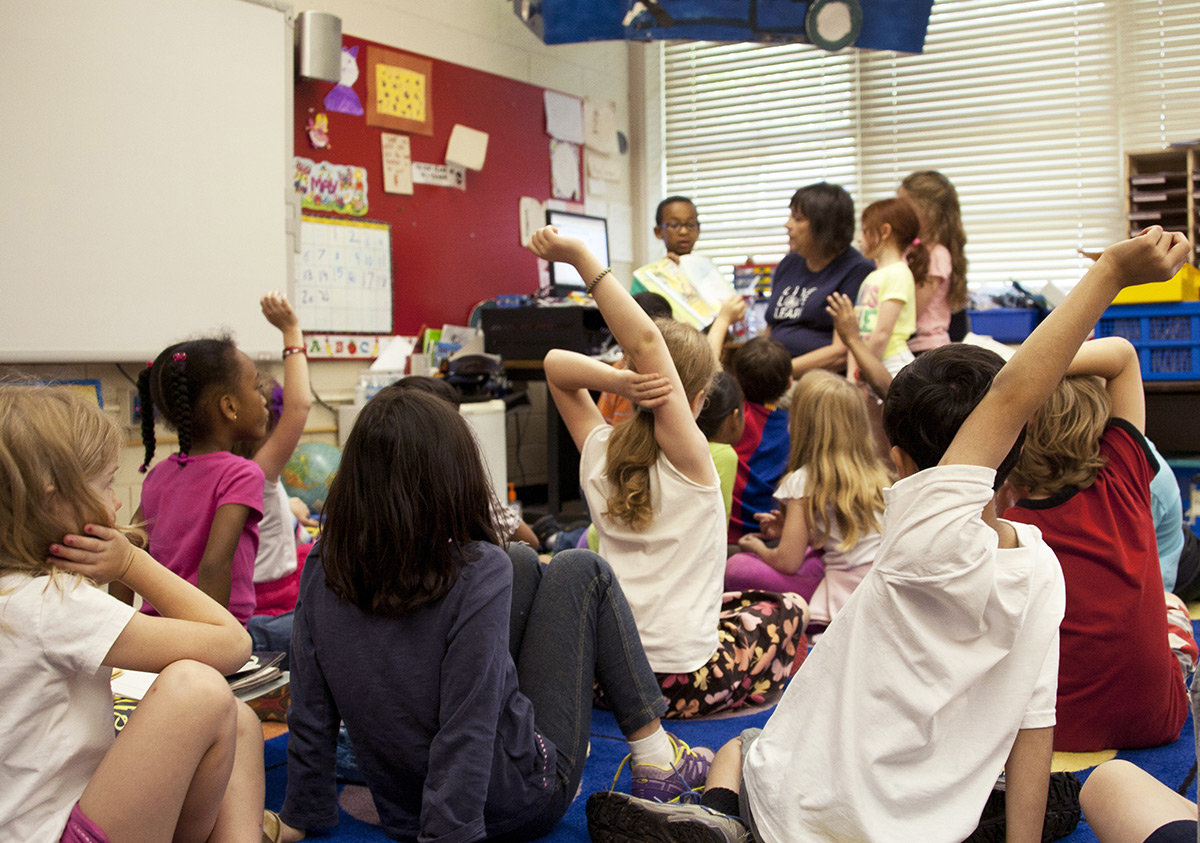 So this will be a poem where two things are going on at the same time: the assembly and the thoughts in your head.

Mr Alfonso is telling Sycamore class to come out the front…
I’ll see my cousin on Saturday
Maria is wearing red. Everything she’s wearing is red.
I hope my cousin brings back the sunglasses I lent her.
Mr Alfonso says, ‘Sycamore class are going to sing ‘Lord of the Dance’.
There’s a wasp on the window. Is it trying to get in? Or trying to get out?
“…Lord of the Dance,” said he…”
I hope my cousin hasn’t broken my glasses…

To help you get in the mood, here’s part of a poem I wrote about a school assembly when I was a boy. Exodus is a book in the Bible. Perhaps you’ve heard Bob Marley’s song called ‘Exodus’. It now means any journey made by thousands of people all at the same time:

As it’s Pesach (Passover)
and people are talking about the flight out of Egypt,
I remember our headteacher,
the very Miss Stafford,
doing assemblies on the Exodus
drawing pictures in coloured chalks
in front of the whole school.
Whole stories in coloured chalks:
Abraham, Isaac,
(such a terrifying story)
Joseph with his coat of many coloured chalks,
the Pharaoh, the big, bad Pharaoh,
Moses,
the whole blackboard filled with
coloured chalk plagues
But it was the Exodus that gripped me.
I was about 6
and Miss Stafford saw me wriggling
and she said, ‘What’s the matter, Michael,
have you got ants in your pants?’
and the whole school laughed.
Maybe there was an Exodus of ants
going on in there.