I was born on May 7th 1946 in a place called Harrow, Middlesex. It was on a road called Roxborough Park, near Harrow-on-the-Hill tube station. My parents told me that the night I was born, the church next door to where we lived burned down. For the first eighteen months of my life, we lived in a flat at 30A Bridge Street, Pinner, Middlesex. Then until I was 17, we lived in a flat at 6A Love Lane, Pinner. Both these two flats are still there and they are flats over the top of shops. Out the back of the shops there was a wide alleyway where all the cars, vans and lorries came to deliver the things that were sold in the shops. It was also our playground. At one end of it, there was a builders’ yard where carpenters, plumbers and painters prepared the windows, doors, pipes and things for the jobs they were doing in nearby houses. Their dump was my playground too.

I went to a nursery school called Tyneholme in Wealdstone, and then first of all I went to a primary school called Pinner Wood and then, in 1954, to one called West Lodge, where I was one of the first ever pupils there. All these three schools are still there.

I was brought up by my mum and dad. When I was born, my dad was in the American Army in Germany but when he came home, he became an English teacher in secondary schools. In 1948, when I was two, my mum trained to be a primary school teacher. When they were young, my parents had been very poor – my father especially. They had been brought up in what is now called Tower Hamlets, my mum in Bethnal Green and my father in Whitechapel.

Some of their parents and grandparents were immigrants from Poland, Russia and Romania and these people spoke a language that some Jewish people speak, Yiddish. My parents sometimes spoke bits of Yiddish too, though after English, my father’s best language was French. He could also read Latin.

When I was a boy, I had three grandparents: my mother’s parents who lived in Sandringham Road in Hackney, London, and my father’s mother who lived mostly with my father’s sister in Barking, East London. My father’s father lived in America and my father didn’t ever see him after my father was two years old because my father’s mother came back to England from the USA to live with her mother and father and aunts and uncles in a tiny house in Nelson Street, behind the Royal London Hospital in Whitechapel, London. All these people were Jews, some were religious and some weren’t.

My parents were very, very, very interested in education, schools, learning and books. They were very keen that my brother and I should do well at school. But at the same time, I have to say they were very funny, humorous people who loved jokes, stories and songs. My father loved to sing songs in lots of different languages as well as saying bits of poetry or plays – especially Shakespeare. This meant that my head was full of all kinds of words and expressions.

My brother is four years older than me and he was like a third parent. Anything they taught him at school, he thought he had to teach me. He was (and still is) a very funny person too. He was very good at imitating people he knew, including our mum and dad, which he liked to do in the bedroom we shared on the top floor at 6A Love Lane.

A good deal of my poems are about my life between the ages of about 2 and 12, so I won’t say much more about that now. These poems are in such books as:

Mind Your Own Business (out of print, so you’d have to find this in a library)

Wouldn’t You Like To Know? (out of print, so you’d have to find this in a library)

You Tell Me (with Roger McGough) (out of print, so you’d have to find this in a library)

The Hypnotiser (my son Joe filmed me performing all the poems from this book. You can watch them all here on this site)

Quick, Let’s Get Out of Here (Puffin)

You Wait Till I’m Older Than You (Puffin)

There is also a book for children about me with photos of where I lived called Michael Rosen’s Scrapbook (in the Treetops series, for the Oxford Reading Tree)

And finally a book for children I’ve written about my life called All About Me (Collins Educational, due out in 2009 or 2010)

When I was 11, I went to a school called Harrow Weald County Grammar School. My brother was there already. It was a mixed school, with a grey school uniform. While I was there, I loved doing acting and writing stories and I started to write poems. I had some very good friends, especially someone called David, who was very interested in painting and jazz. In my spare time, I loved going to an acting club called the Young Questors at the Questors Theatre in Ealing, where I learned how to act and direct plays.

When I was 17, we moved house, so I moved schools to Watford Boys Grammar School. Around this time, I thought that I would quite like to be a doctor. A friend of ours who was a doctor said that I could carry on studying English, History and French, and I could start doing all the science and medical things when I went to medical school. So that’s what I did.

So I went off to the Middlesex Hospital Medical School. But I wasn’t happy and I hatched a plan: if I went to the same college as my brother, it would be fairly easy to change back to doing English. So I was very lucky and got into Wadham College, Oxford. I did one more year of medical things, and then changed to English Language and Literature. All the time I was at university, I spent many, many hours writing, acting and directing plays.

This was 1965-1969. All over the world this was a time of great change. People were rising up demanding freedom and rights – whether that was African Americans in the USA, all the peoples in the old Soviet Union and all the countries nearby, or many of the countries in Africa which were still ruled from Europe. At university, I got involved in these kinds of things too. I was arrested twice: once for demonstrating against the war in Vietnam; once for demonstrating against a hairdresser in Oxford who refused to cut black people’s hair.

While I was at university, I wrote a play called ‘Backbone’ that was put on at the Royal Court Theatre, in London. This was my first ever book.

When I finished university, I went to work for the BBC. First of all I worked on radio plays and documentaries, then I went to work for a children’s programme called ‘Playschool’ and after that, I worked in BBC Schools Television where I wrote a programme helping very young children to learn how to read. It was called ‘Sam on Boff’s Island’.

My first book for children was called Mind Your Own Business and it came out in 1974. Quentin Blake did wonderful line drawings for it.

Ever since then, I’ve been doing these things:

In any week, I might be doing all of these things! To tell the truth, I don’t really know what I’m doing tomorrow, unless I look in my diary to see.

For people wanting a complete list of my books up to the end of 2019, I have compiled my own comprehensive bibliography. 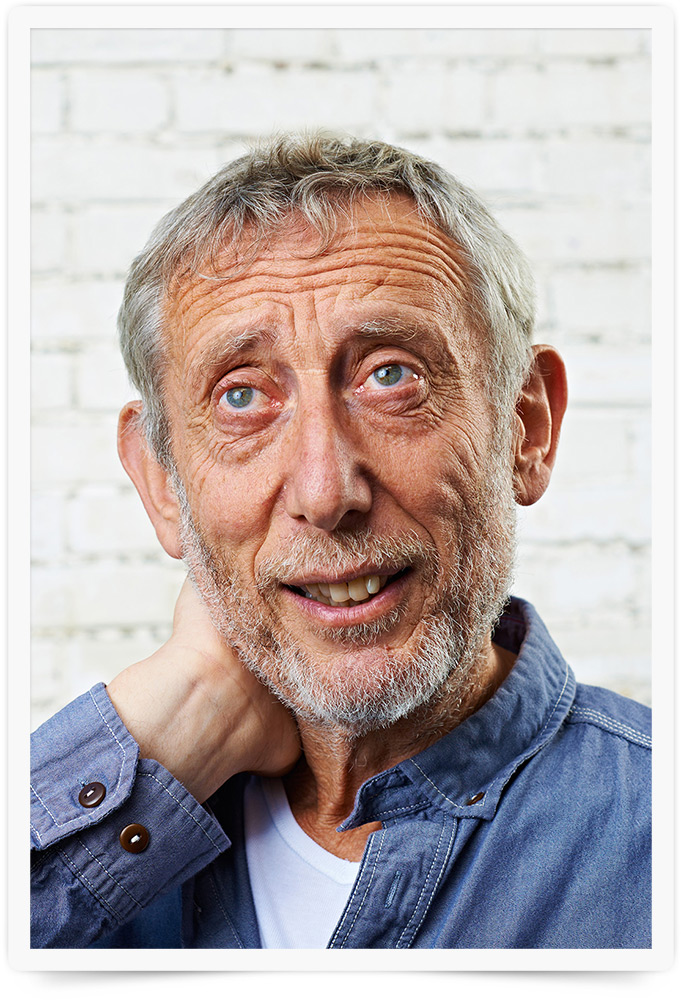