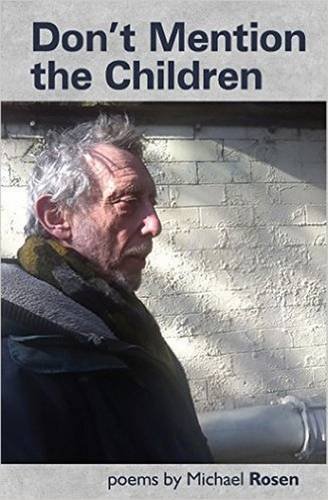 Michael Rosen is one of our best-loved and writers for children. His poems for grown-ups are less well known, however. Don’t Mention the Children is his first collection since Selected Poems (Penguin) in 2007. Fans of his children s books will enjoy the way these poems combine the silly and the sinister to catch the surrealism of everyday life, somewhere between Jacques Prévert, Ivor Cutler and Adrian Mitchell. Few poets writing today can move so effortlessly between childishness and childlike seriousness.

At the heart of this deeply personal as much as political book is a remarkable series of poems about anti-Semitism, Fascism and War, connecting the contemporary world UKIP, Marine le Pen, Palestine (the title poem refers to the refusal of the Israeli broadcasting authorities to mention the names of children killed during the Israeli shelling of Gaza in 2014) to the lives of Rose’s parents and grandparents the General Strike, the Battle of Cable Street, Vichy, and even Auschwitz.