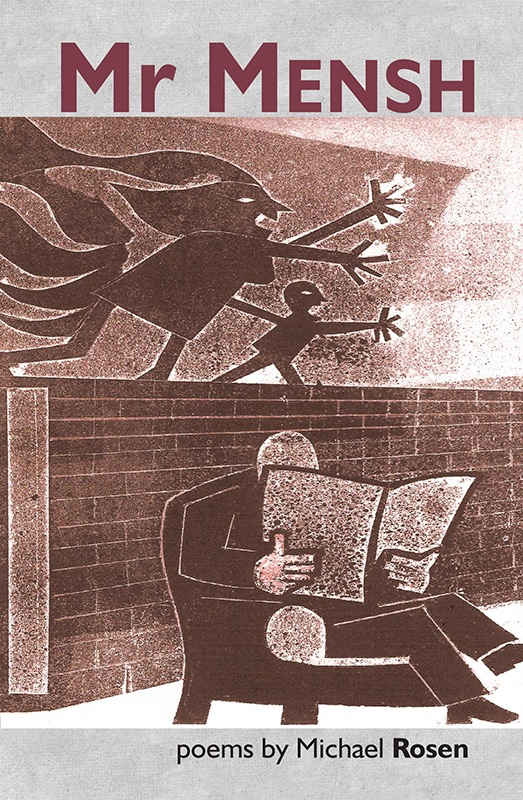 In his new collection for grown-ups, Michael Rosen offers a view of the world based on some of the characters found at the kitchen table of a secular Jewish family in North London in the 1950s, like Mr Klutz (a fool), Mr Bubkes (who talks rubbish) and Mr Mommsers (you don’t want to meet him). Not forgetting Mr Kvetsh (who complains about the soup), Mr Shmalts (who dribbles soup down his shirt), Mr Shnorrer (who wants your soup), Mr Ganuf (who nicks your soup) and Mr Gantse Macher (who owns the soup factory). Mr Mensh is a book about the absurdities of everyday life, soup, raspberry pips, toe-nails, warts and all. It’s also a book about the violent absurdities of everyday politics in the twenty-first century the End of Austerity, anti-Semitism, Racism and Fascism. In this clever follow-up to his best-selling Smokestack collections Don’t Mention the Children and Listening to a Pogrom on the Radio, Michael Rosen again confirms his reputation as the heir to Jacques Prévert, Ivor Cutler and Adrian Mitchell.