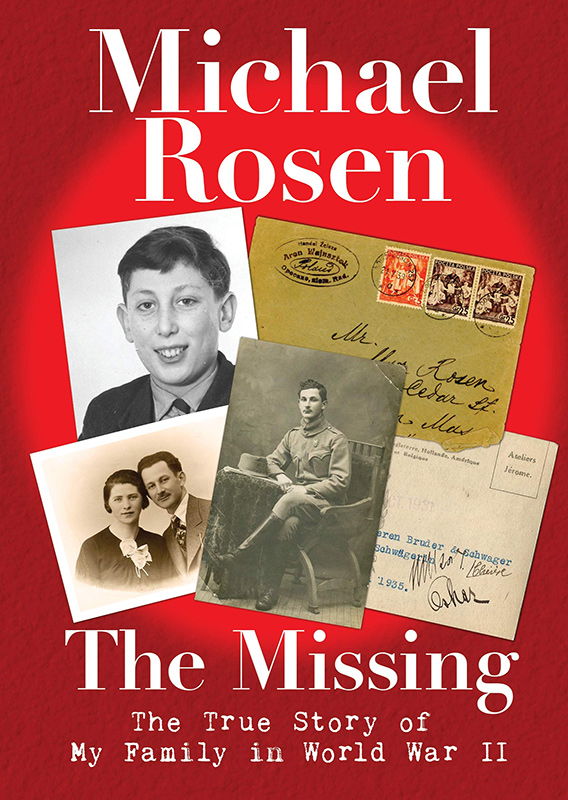 By turns charming, shocking and heart-breaking, this is the true story of Michael Rosen’s search for his relatives who “went missing” during the Second World War – told through prose, poetry, maps and pictures. When Michael was growing up, stories often hung in the air about his great-uncles: one was a clock-mender and the other a dentist. They were there before the war, his dad would say, and weren’t after.

Over many years, Michael tried to find out exactly what happened: he interviewed family members, scoured the internet, pored over books and traveled to America and France. The story he uncovered was one of terrible persecution – and it has inspired his poetry for years since. Here, poems old and new are balanced against an immensely readable narrative; both an extraordinary account and a powerful tool for talking to children about the Holocaust.