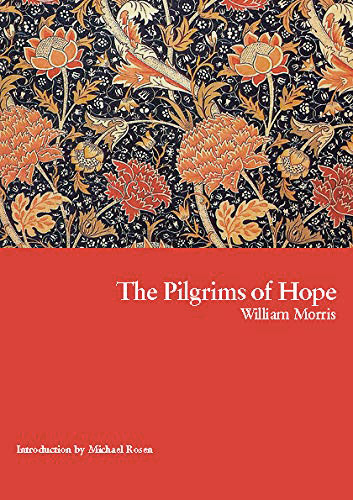 William Morris never tired of defending the Paris Commune and glorifying its memory. To him it was the highest point yet reached in the workers’ struggle, and it was next to inevitable that he should turn to it when seeking a theme for a socialist poem. The Pilgrims of Hope resembles all his long poems in its heroic character. It differs from the rest in being the only one dealing with contemporary life. Hitherto, when seeking the heroic, he had felt it necessary to turn to an older and simpler world: now the he had, in 1883, entered the Socialist movement, the world as it was became heroic to him for the first time. quoted from A L Morton. This is the first time the poem has been published on its own outside general collections. May Morris wrote of her father and the writing of The Pilgrims of Hope: Piece by piece it was written, after he had returned home… it was written in sorrow and anger, in revolt at things he saw and things he divined, and the slight, effective sketches of the narrative bring home to many of us who have lived on into the time of tragedy and violence of the twentieth century, the meetings and street corner gatherings of those days of scarcely articulate unrest and discomfort. Alongside an introduction and notes on the poem by Michael Rosen this volume contains the essay, ‘Why We Celebrate the Paris Commune’ by William Morris and as an afterword the introduction by Frederick Engels to the twentieth anniversary publication of Marx’s The Civil War in France.