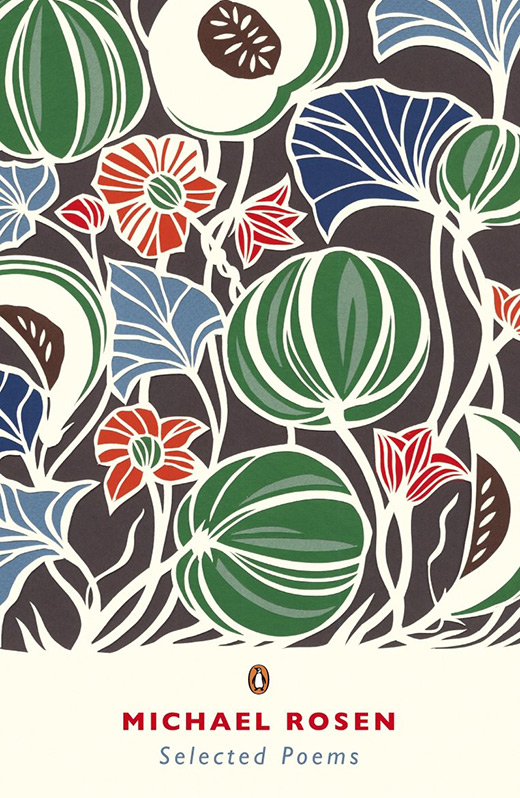 Michael Rosen’s Selected Poems is a wonderfully moving sequence of prose poems extracted from his acclaimed autobiographical triptych, Carrying the Elephant, This is Not My Nose and In the Colonie. In a series of artful, deceptively simple poems, Rosen covers a vast terrain, collating vivid and fragmentary memories from his left-wing Jewish upbringing, his teenage holiday at a socialist summer camp in France, his London childhood and the death of his eighteen-year-old son from meningitis. He takes in, along the way, marriage, divorce, births and the undiagnosed illness (an underactive thyroid) from which Rosen suffered for ten years.